The word "drogue" has several meanings. It's French for "drug" which is probably not the best connotation. The flunkies in A Clockwork Orange were called "droogs" which is also not great.

But there's also a storm drogue which is used to add stability to vessels in the sea.

Rodney is a garden gnome my niece left in our yard a few years ago. He's adorable and keeps watch over the chickens and the other goings-on in the yard. 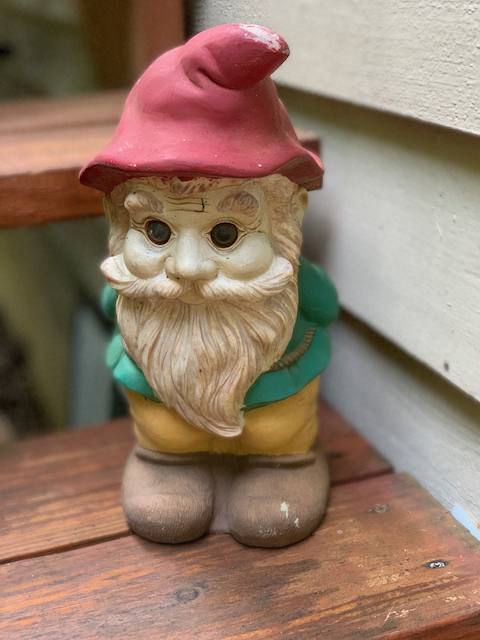 His hat seems rather storm drogue-shaped.

And the new identity

For projects, I have started to prefer logos that are actually mascots. They just seem more personable.

Thanks to our handy-dandy designer James Cobb, we now have a logo-fied version of Rodney the gnome:

He's happy, friendly, and will help add stability to your IoT vessels, we hope.